Teaching is the Temple 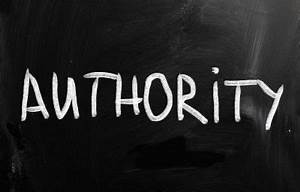 23When he entered the temple, the chief priests and the elders of the people came to him as he was teaching, and said, “By what authority are you doing these things, and who gave you this authority?” 24Jesus said to them, “I will also ask you one question; if you tell me the answer, then I will also tell you by what authority I do these things. 25Did the baptism of John come from heaven, or was it of human origin?” And they argued with one another, “If we say, ‘From heaven,’ he will say to us, ‘Why then did you not believe him?’ 26But if we say, ‘Of human origin,’ we are afraid of the crowd; for all regard John as a prophet.” 27So they answered Jesus, “We do not know.” And he said to them, “Neither will I tell you by what authority I am doing these things. 28“What do you think? A man had two sons; he went to the first and said, ‘Son, go and work in the vineyard today.’ 29He answered, ‘I will not’; but later he changed his mind and went. 30The father went to the second and said the same; and he answered, ‘I go, sir’; but he did not go. 31Which of the two did the will of his father?” They said, “The first.” Jesus said to them, “Truly I tell you, the tax collectors and the prostitutes are going into the kingdom of God ahead of you. 32For John came to you in the way of righteousness and you did not believe him, but the tax collectors and the prostitutes believed him; and even after you saw it, you did not change your minds and believe him. (Matthew 21:23-32, NRSV)

Why do they want to know by what authority? Isn’t it pretty clear to everyone by now that Jesus is working under the authority of God?

But Jesus asks them a  question and they feel trapped, they can not give either answer because either answer will mean that they should have done something or that they are going against the people. They can not give an answer because it will put them in a bad place. Have you ever had to answer a question and you knew the answer you gave would not be received well? It’s hard to do, but if it is the answer you have to give it.

And neither of the sons did what the father asked, the first one told the father he didn’t want to go to the field and didn’t and then felt bad so he went, he didn’t do what the father asked but was moved by remorse. He didn’t do it because he needed to, or should have, but to make himself feel better. The second one just lied to the father and told him he would go and then did whatever he wanted. Neither of these 2 have a respect for authority and do whatever makes them feel good. God calls us to go and to follow where He leads so that his love may be made known to all the world.

So do you follow after God and go where He leads, or do you tell Him you will and then do your own thing?